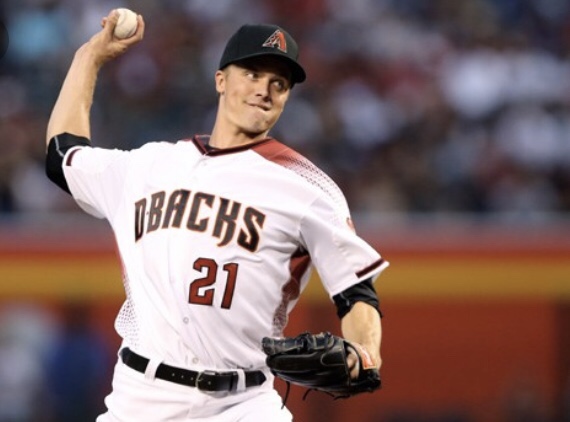 Arizona is actively trying to trade Zack Greinke. Greinke has the highest AAV of any starting pitcher and for a rebuilding team, he’s simply not a fit due to that salary and his age. What teams would make sense to acquire him and for who? With all of the starting pitching free agents in Arizona’s near future, I assume that they would prefer pitching prospects with near-term ETA’s in return. I also assume that the contending team acquiring Greinke would be willing to trade their close to the Majors pitching prospects, as long as they’re not their best ones.

Houston needs starting pitching help with Dallas Keuchel and Charlie Morton currently free agents and Gerrit Cole and Justin Verlander doing the becoming ones next year. Houston wouldn’t need to send too many prospects back, if they take on Greinke’s entire contract and with Keuchel, Morton and Brian McCann coming off the books, they can afford it. If Arizona actually want better prospects, then maybe Houston would consider sending RHP Josh James, instead of one of the Perez’s, but I don’t think that it would be necessary.

Washington need a starter and with Bryce Harper likely coming off the books this year and Ryan Zimmerman next year, they can afford him. They may be able to finally break through their LDS barrier with a trio of Max Scherzer, Stephen Strasburg and Greinke anchoring their rotation.

Philadelphia could use another top of the rotation arm. They’re interested in signing Patrick Corbin, so why not pursue another Arizona starter instead? Philadelphia can afford Greinke’s salary and has some decent prospects to offer.

What about Noah Syndergaard? The New York Mets are actively shopping him and are apparently looking for position players ready for, or already at the Major League level. 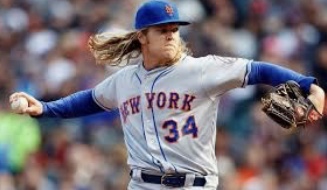 Oakland is desperately in need of an ace to keep their momentum going and Syndergaard would be perfect (especially away from the Mets’ doctors). This is a good market for second basemen, so Oakland can sign someone or re-sign Jed Lowrie and shortstop is currently occupied by Marcus Semien, leaving Barreto on the bench. He could compete with Jeff McNeil for the starting job at second base and Amed Rosario for the starting job at shortstop. There’s also more room at third base with Todd Frazier becoming a free agent next year and with Oakland having Matt Chapman locked in at the hot corner for years to come. Laureano can be replaced in Oakland with Dustin Fowler and can help the Mets in CF. Murphy can help solve the Mets’ catcher situation and Oakland can just sign a defensively minded veteran. While reports suggest that the Mets aren’t specifically looking for pitching in return, they could use Puk for pitching depth and to be convinced to make this trade.

San Diego could move a step closer to contention and Syndergaard in PETCO Parl is a recipe for a Cy Young award. Renfroe is expendable in San Diego and is playing out of position in left field. Mejia is also expendable with a better defensive catcher in Austin Hedges on hand and they have enough depth at second base to replace Urias. All three however sold the Mets’ hitting issues.

Milwaukee badly need an ace and Syndergaard fills that void. They were one win away from a pennant this year without a true ace, how far can they go with one? Hiura is a steep price to pay, but worth it and is exactly the type of controllable asset that the Mets seem to be looking for. Ray gives the Mets a real center fielder and Thames, while not a prospect is expendable in Milwaukee, gives the Mets insurance at first base. If that’s not enough for the Mets, Milwaukee could add RHP Freddy Peralta to the package.

What do you think? Let me know on Twitter @NeilfromNYC and in the comments.